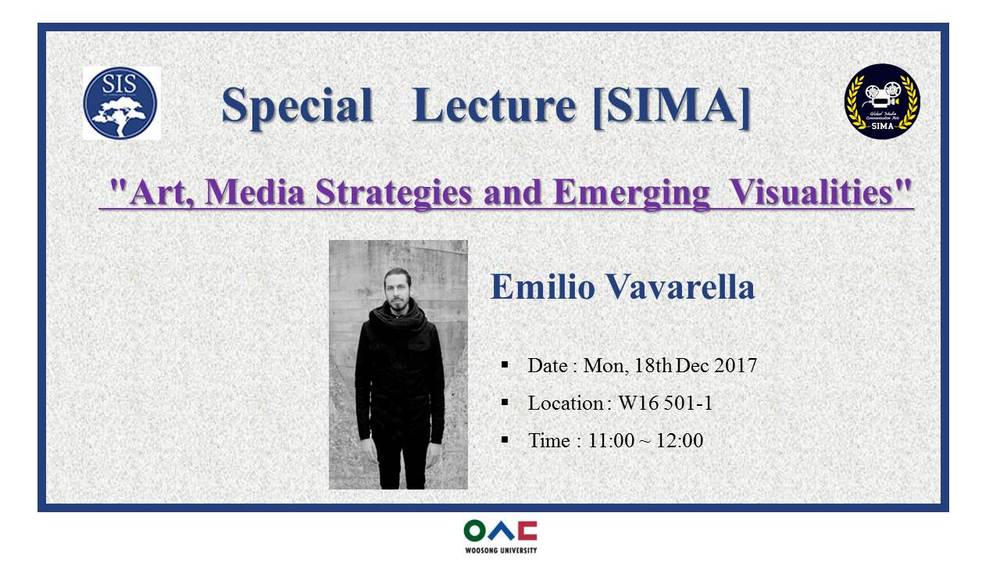 SIMA Dept is going to organize a Special Lecture titled : Art, Media Strategies and Emeging Visualities on the 18th of December, 2017, Monday.  The guest speaker for this special lecture is Emilio Vavarella

Emilio Vavarella is an artist whose work blends interdisciplinary art practice and theoretical research and is centered around the study of the relationship between humans and technological power. His works present a combination of using new technologies with alternative (non-productive, poetic, dysfunctional) goals in mind, imagining technology’s future effects through the use of speculative fiction, and decontextualizing and misusing technology to reveal its hidden mechanisms.